Infrastructure as Code : Build your VMware NSX Cloud lab in AWS with Terraform

Why using Code for Infrastructure?

This article describes the use of Terraform to build the infrastructure for my VMware NSX Cloud lab in AWS.

Terraform enables you to create, change, and improve infrastructure. It is an open source tool from Hashicorp that codifies APIs into declarative configuration files.
The idea for my lab is to build the AWS infrastructure with Terraform and configure it with Ansible. I am using VMware NSX Cloud as an example of how we can create the proper AWS VPCs, rules, gateways, load balancer, 3Tier application using native AWS RDS and then configure the servers/database with Ansible.


What is the compelling event for doing that?

When you log in AWS console, you will see so many options and you realize that a lot of "learning" has to be done. 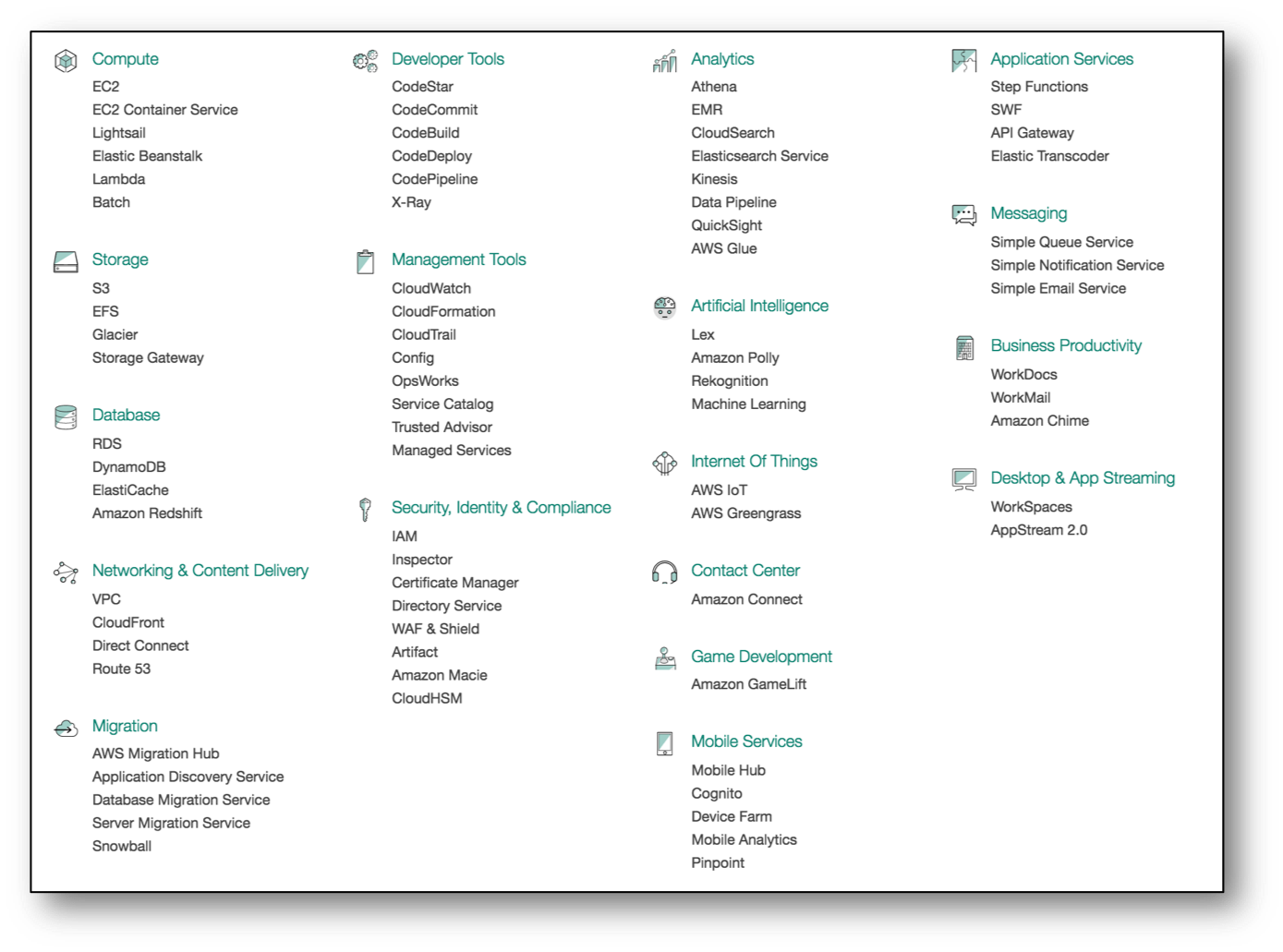 Soon you start your first EC2 instance. Nice!!
But then you realize that you need much more . . . 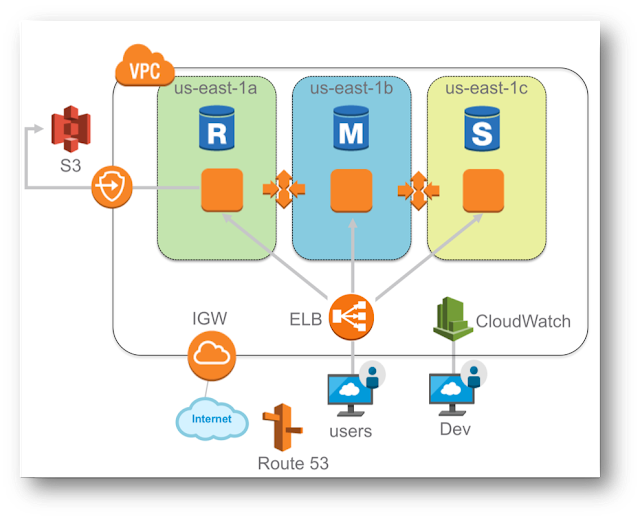 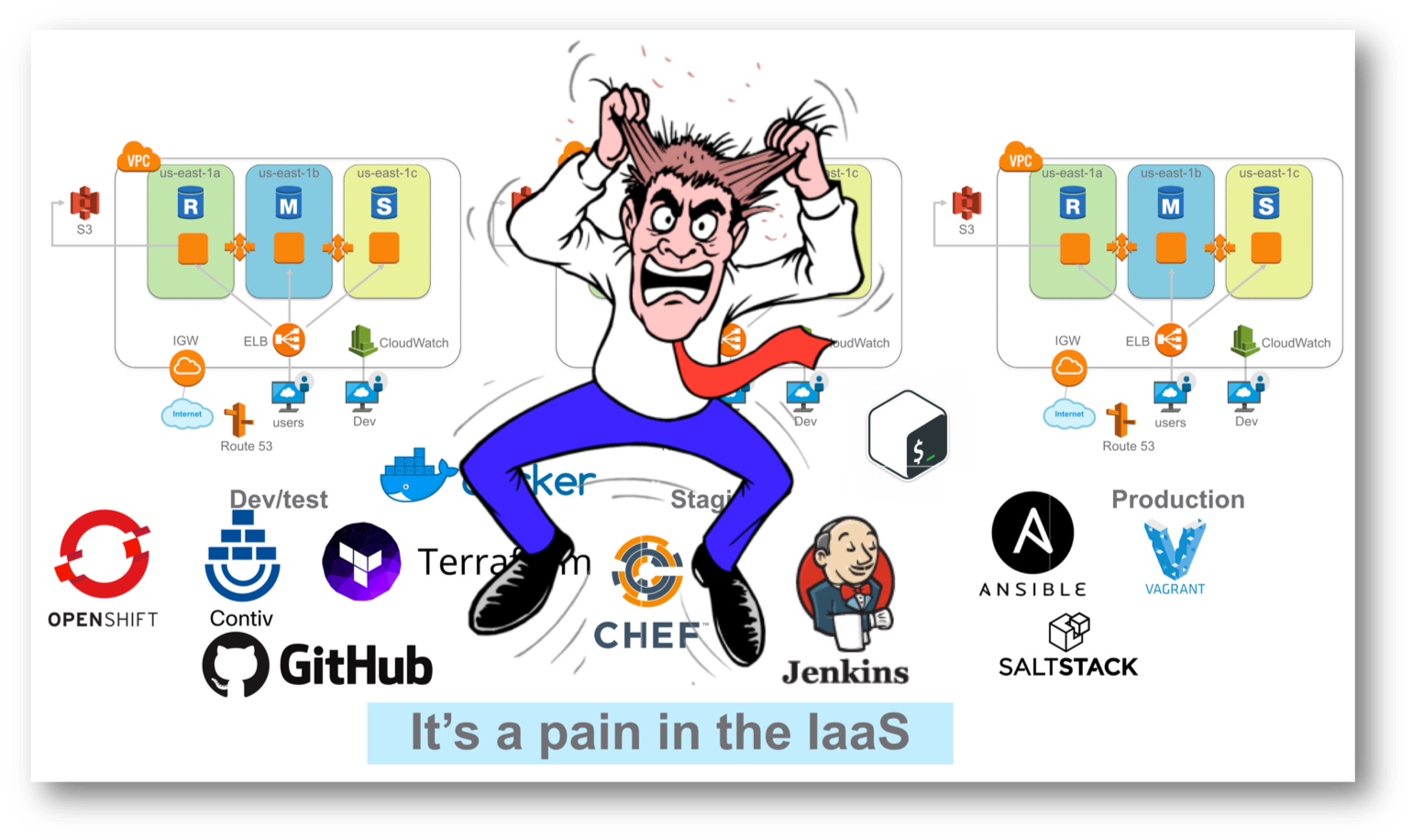 How to Deploy and Manage Infrastructure Simply

Terraform will help us to build code to deploy and manage our infrastructure.
It describes end-state in a high-level syntax. The code is HCL (HashiCorp Language - fully JSON compatible)
Terraform creates execution plans. There is a planning step before generating an execution plan according to what is already running. There is a possibility to create a graph of all resources and this is built as a dependency map.

Terraform keeps a STATE of what is already deployed and applies only changes to the infrastructure.

This file is one single place for sensitives variables like AWS Credentials, Key_pair, Data Base Credentials etc…

This file is also one single place for all variables definitions like Compute1 and Compute2 subnets, RDS subnets etc. 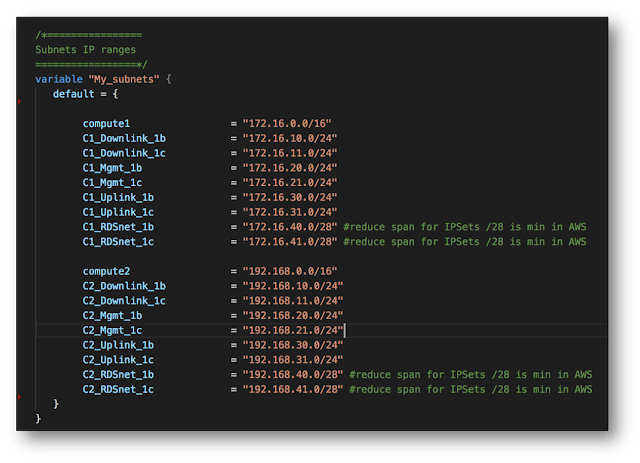 HCL code is very easy to read and understand. 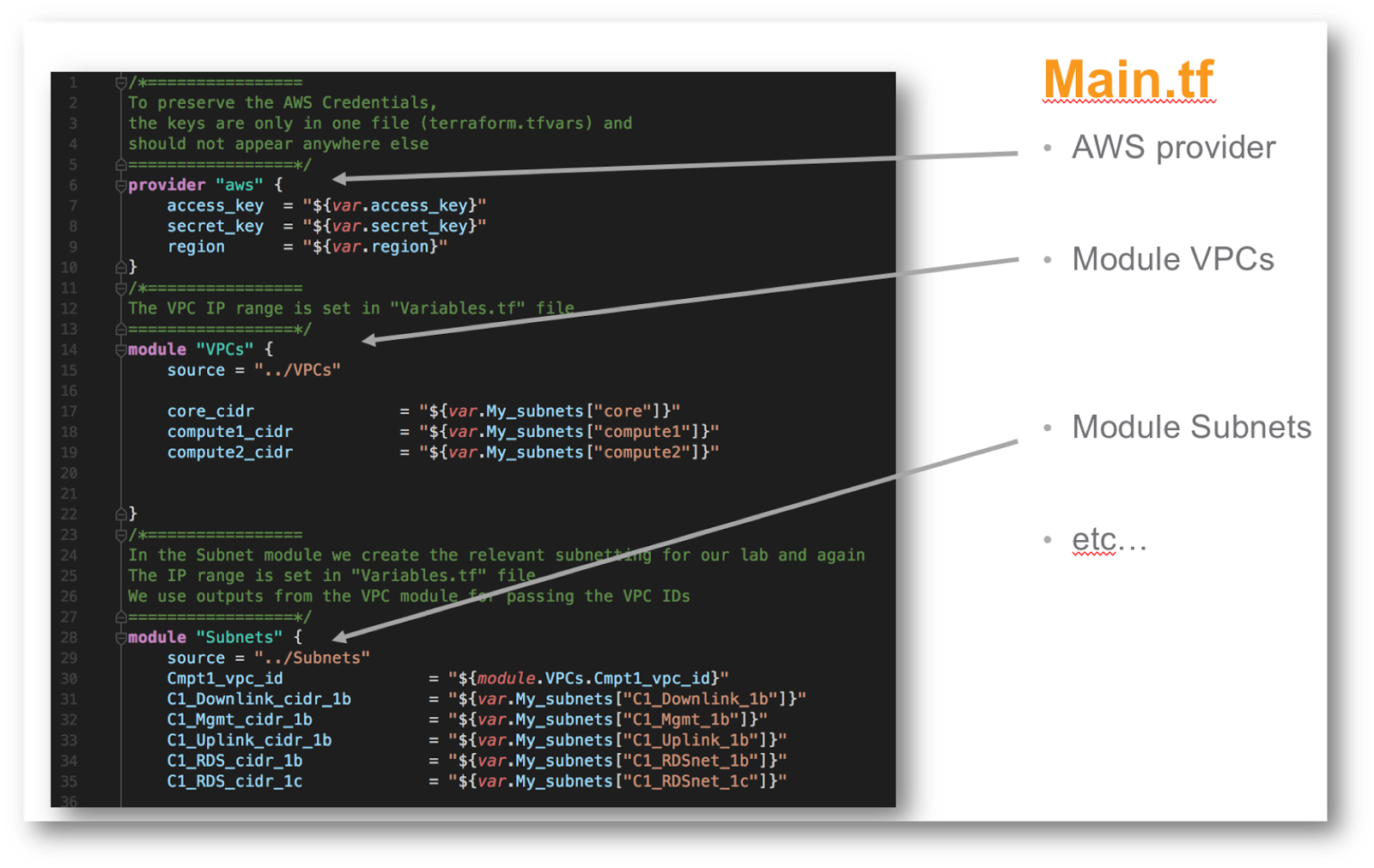 Run terraform from main directory.
Commands:
To destroy the lab 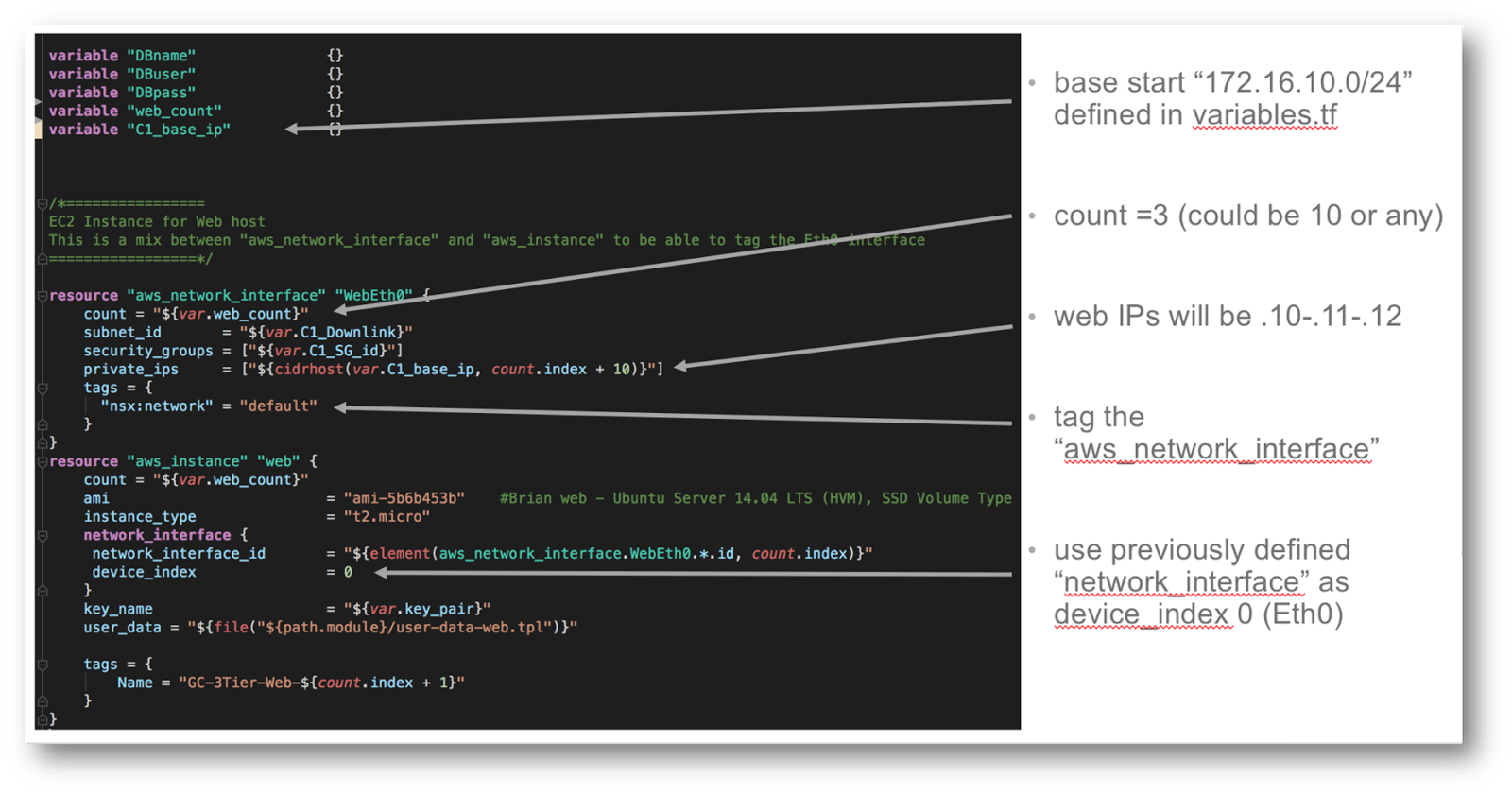 Each module can have output variables that other modules can use. I also created a main “output.tf” that gathers all outputs needed by Ansible
A nice way to pass these parameters is to convert the output file to JSON with the simple command:
terraform output -json > output.json
and include this file as variable for Ansible playbooks. 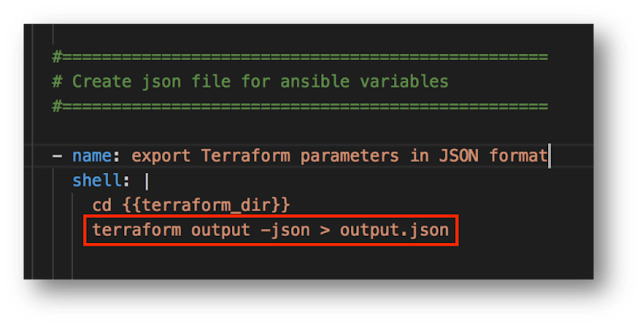 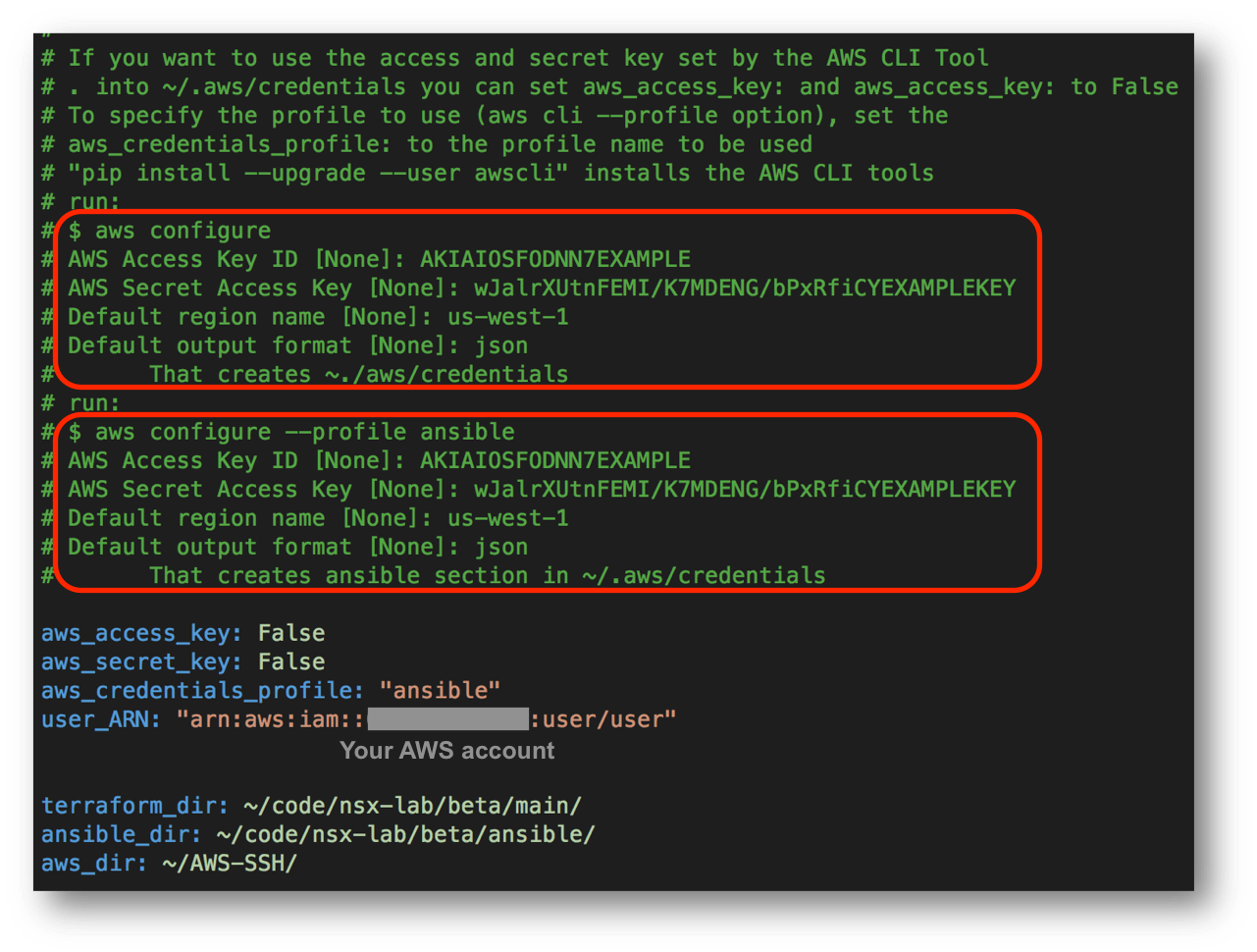 The main play-book is deploy-lab.yaml. It contains the files for other modules.

After a few minutes,  Terraform code is applied in AWS and we get the output variables.
If an output is sensitive, it can be hidden like DBpass for example.
This output will be converted to JSON format for using in Ansible.
Note the 49 resources added. 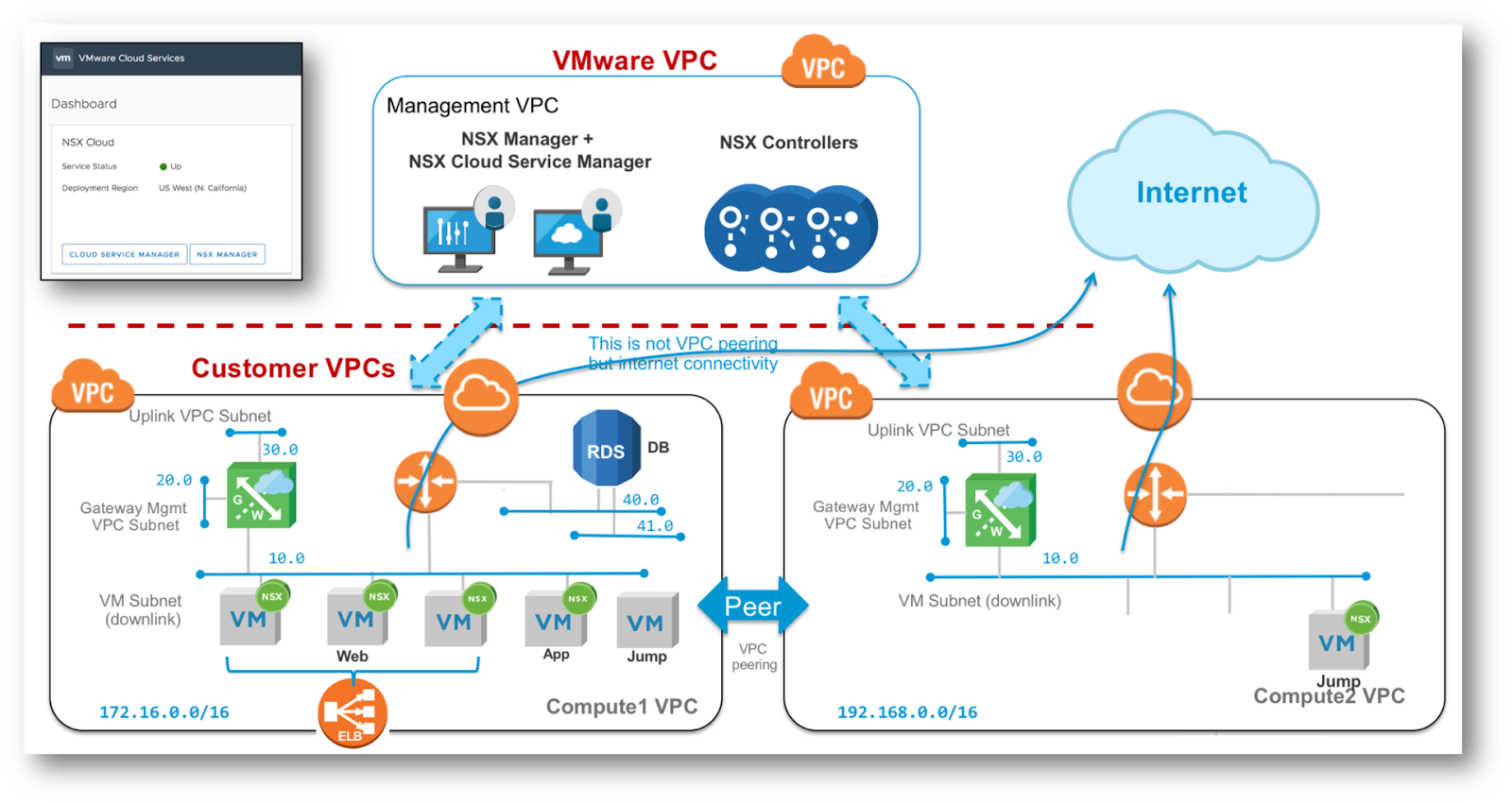 Once the infrastructure is deployed, we can run our Ansible playbook to configure it.
The main playbook will pause so you can deploy Public Cloud Gateway for NSX before installing hosts agents. 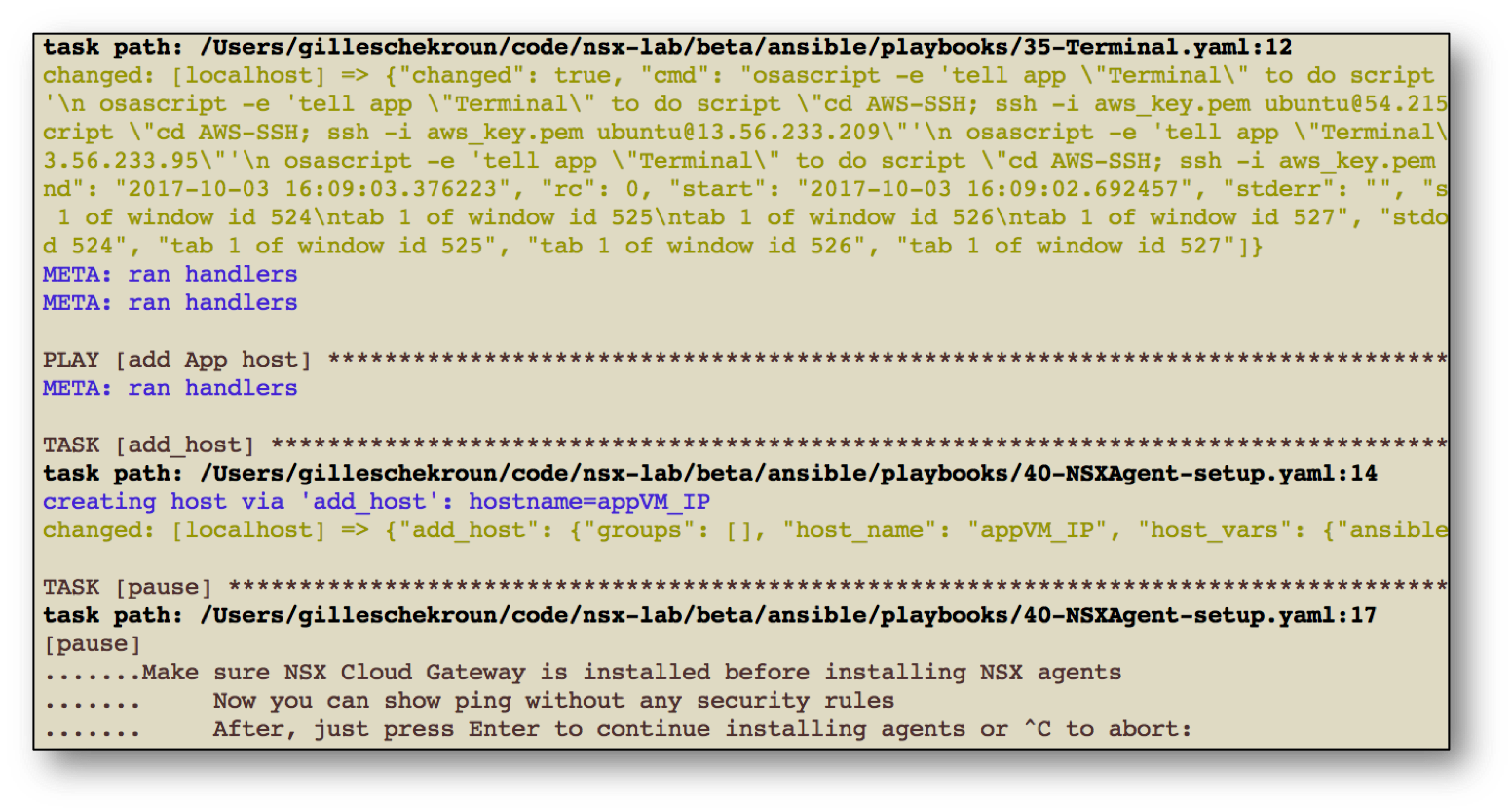 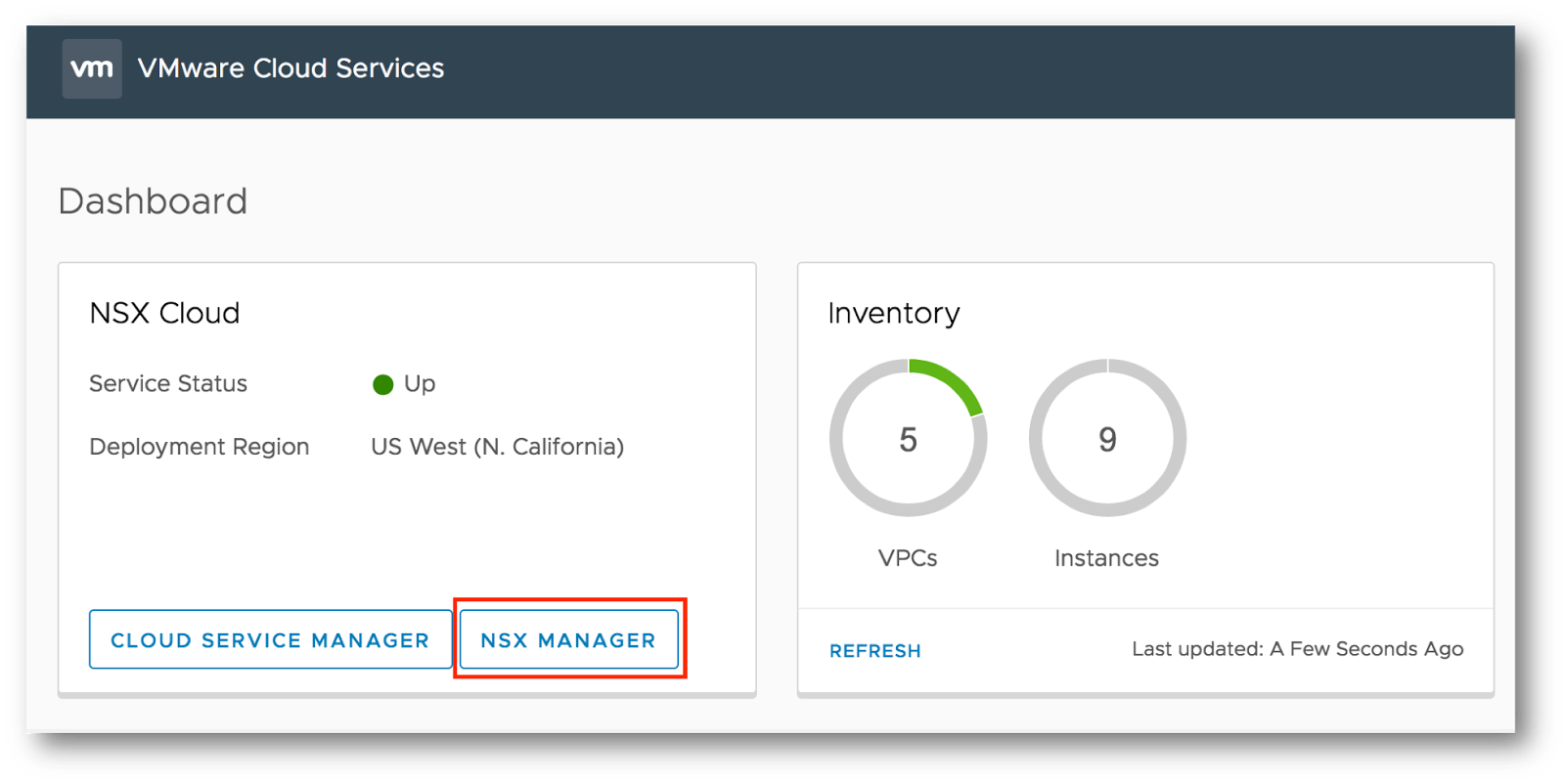 Select "Switching" / "Ports" and check that all our instances are NSX managed. 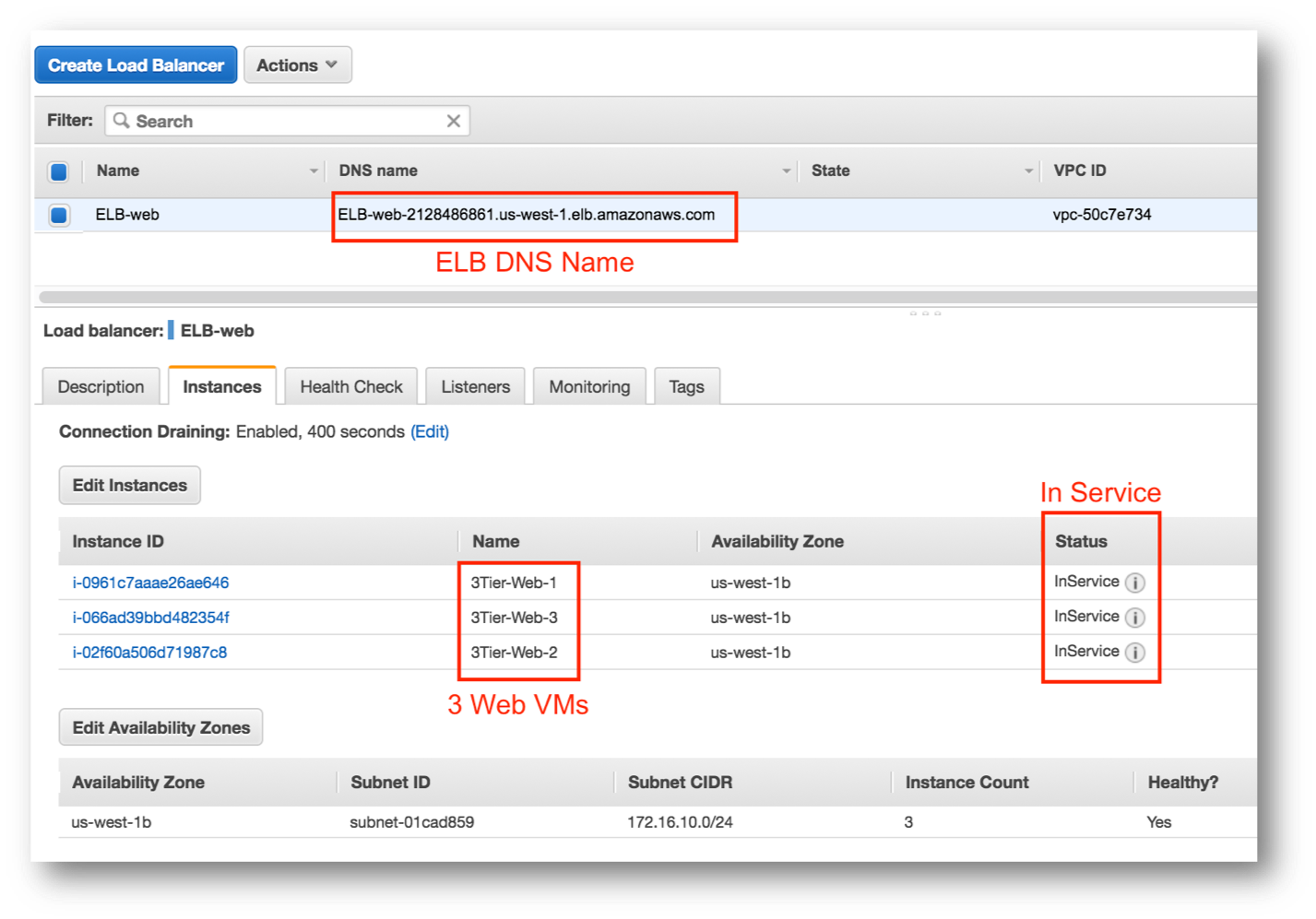 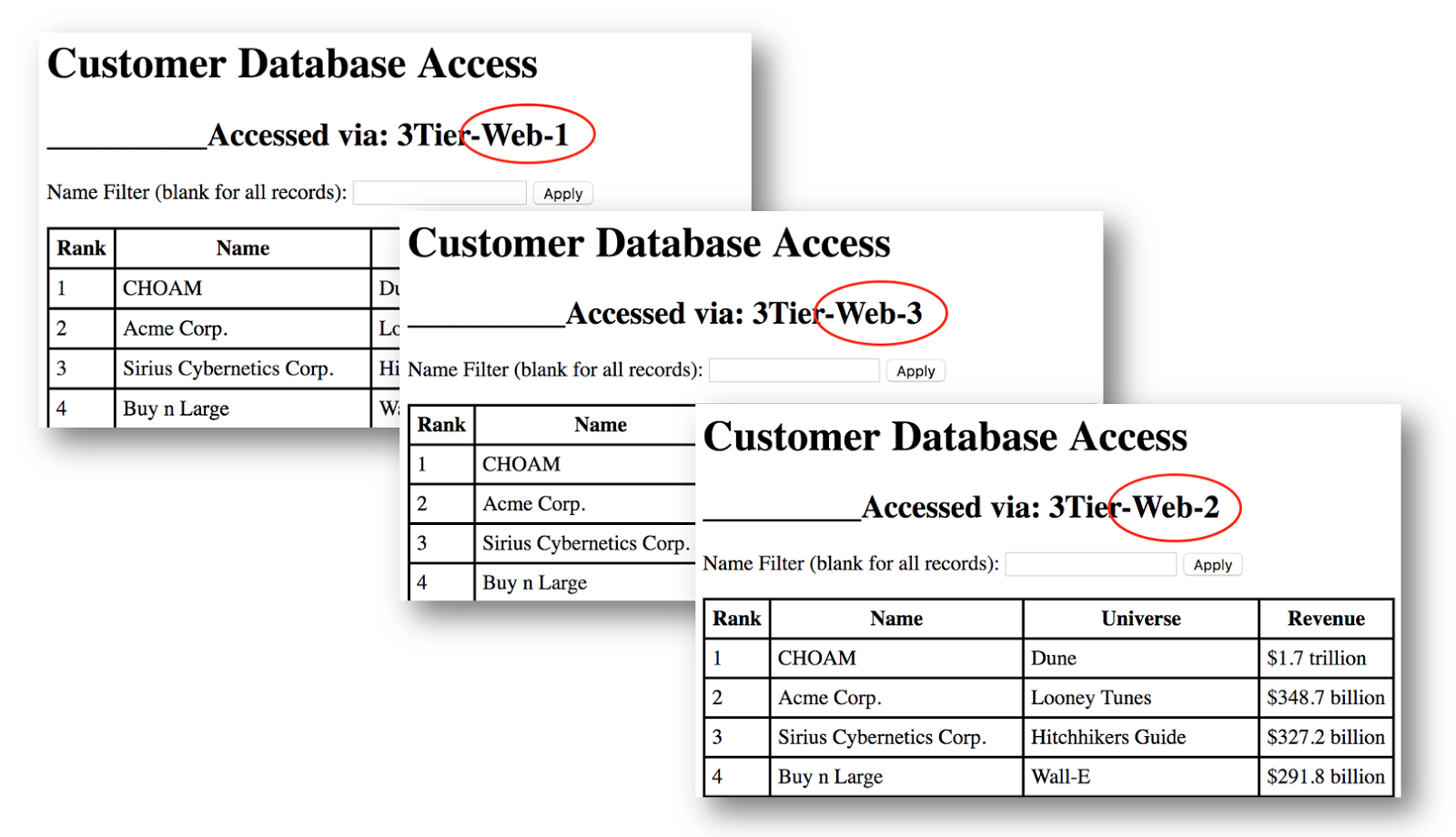 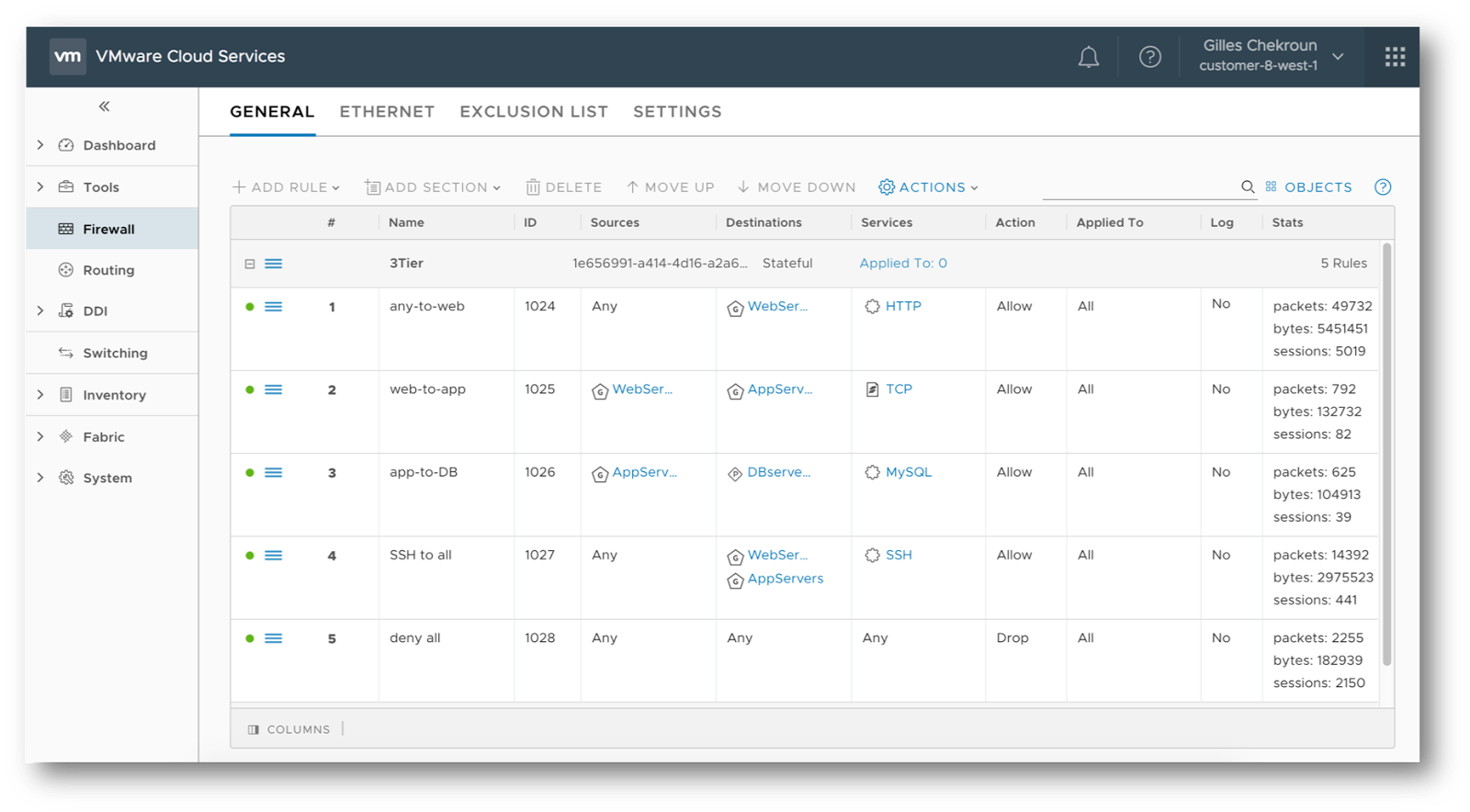 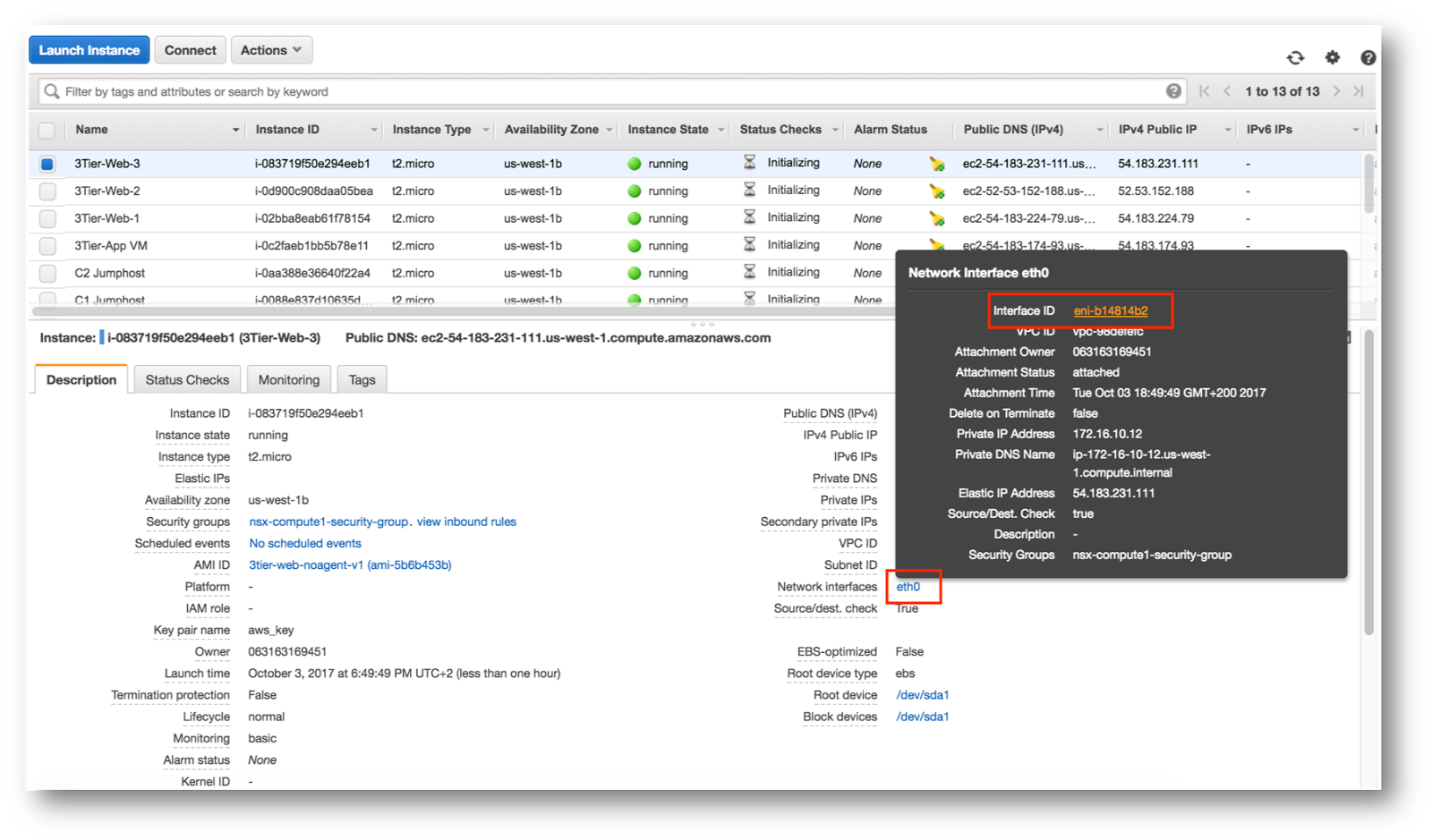 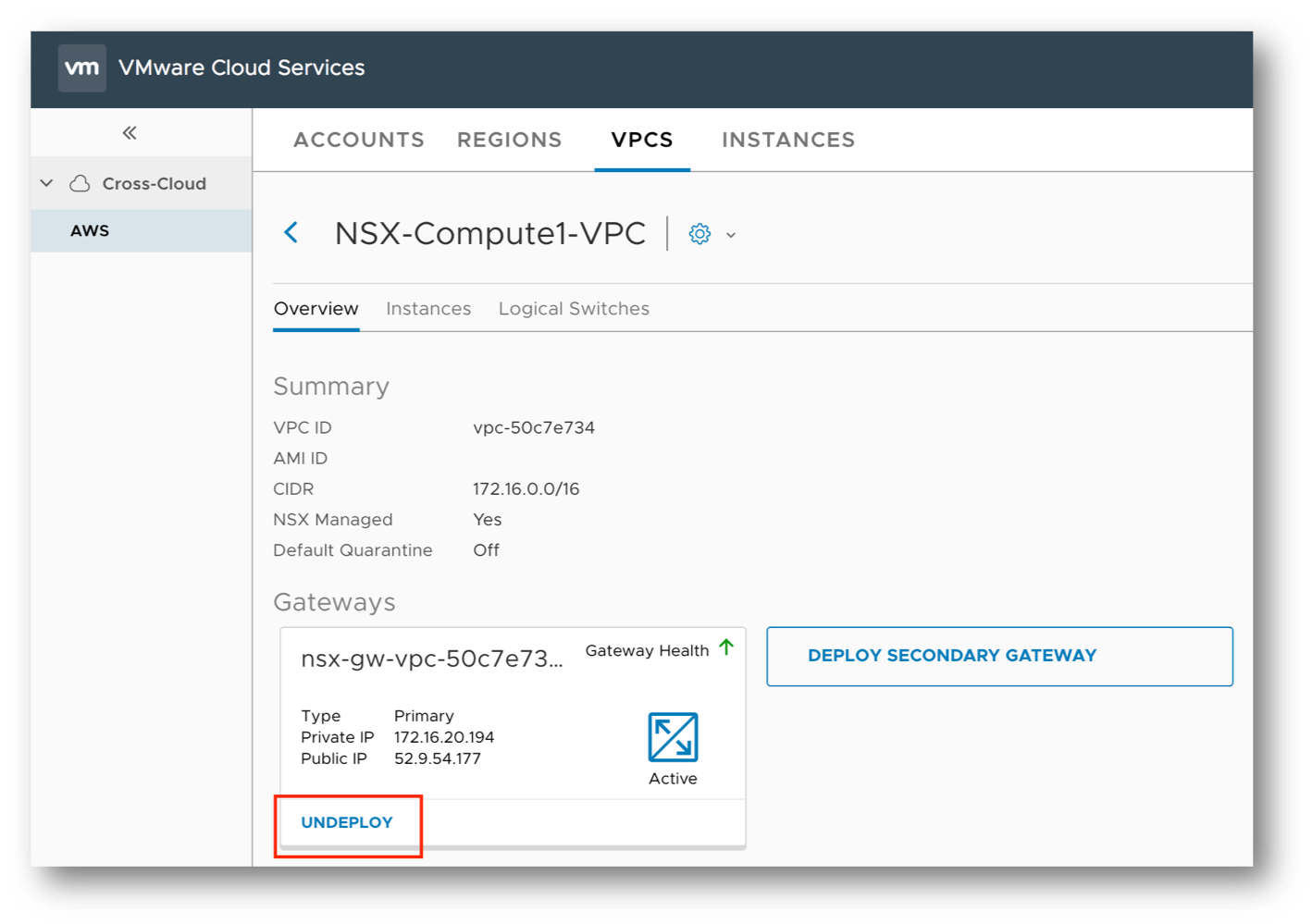 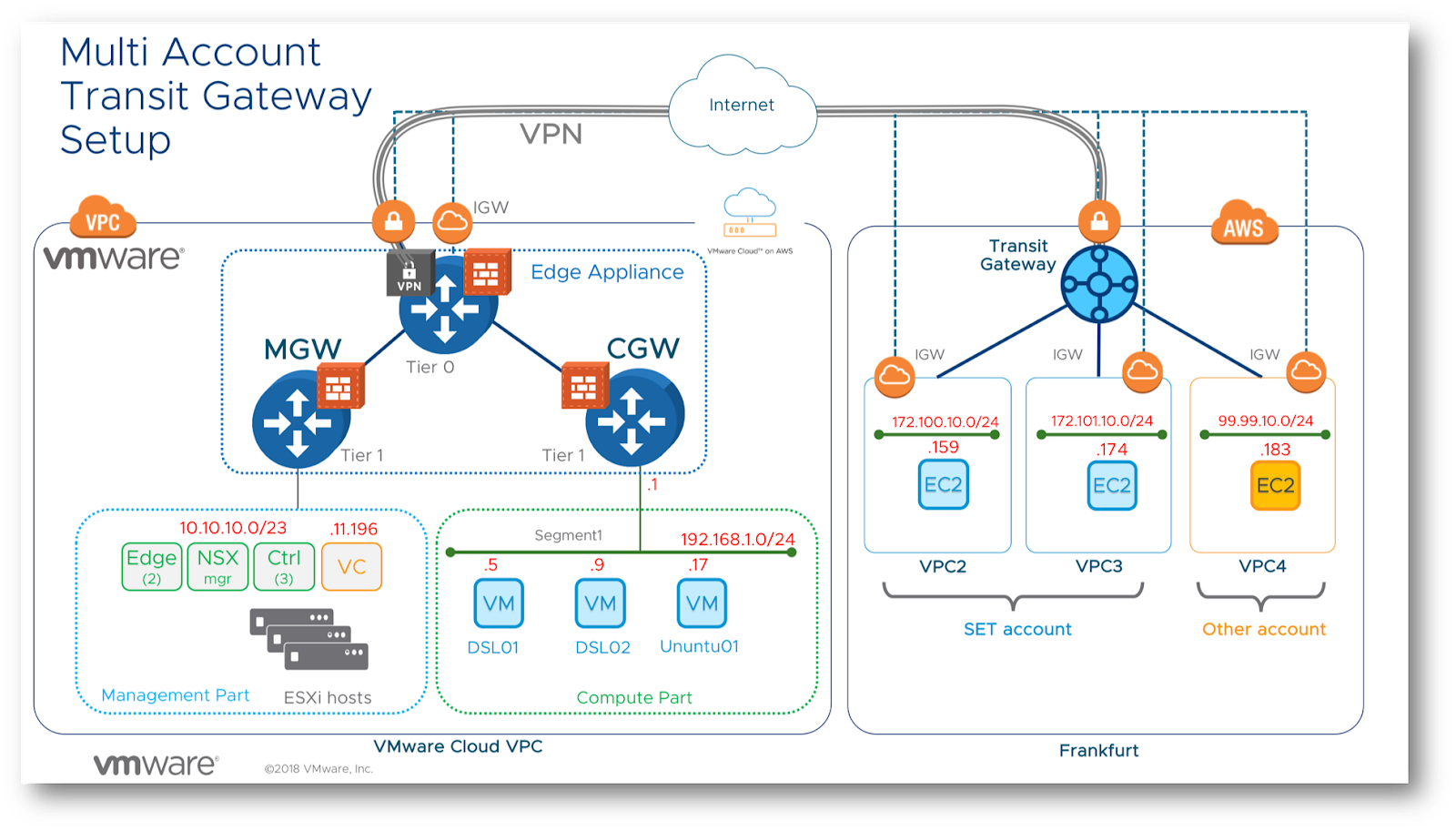 Many Customers start to use AWS transit Gateway and want to be able to attach VPCs in multiple accounts.
Often AWS organisations are split by departments and have separate accounts.
This blog post will go through the detailed setup for the TGW and how to connect VPCs in separate accounts.
For a complete description of VMware Cloud on AWS and TGW, please refer to here.
AWS Shared Resource ManagerLogin to the main account where the TGW was created and create a resource share
Name your share and select the TGW  Add the other account and create the share Verify the share creation Log into the account we just added and look for an invitation Accept the invitation For the purpose of the tests we can use an existing VPC or create a new one. I am using VPC4 with CIDR 99.99.0.0/16 in the added account. Create a TGW attachment for this new VPC At this stage, we will get a "pending acceptance" status. Go back to the main account and accept Check a…
Read more 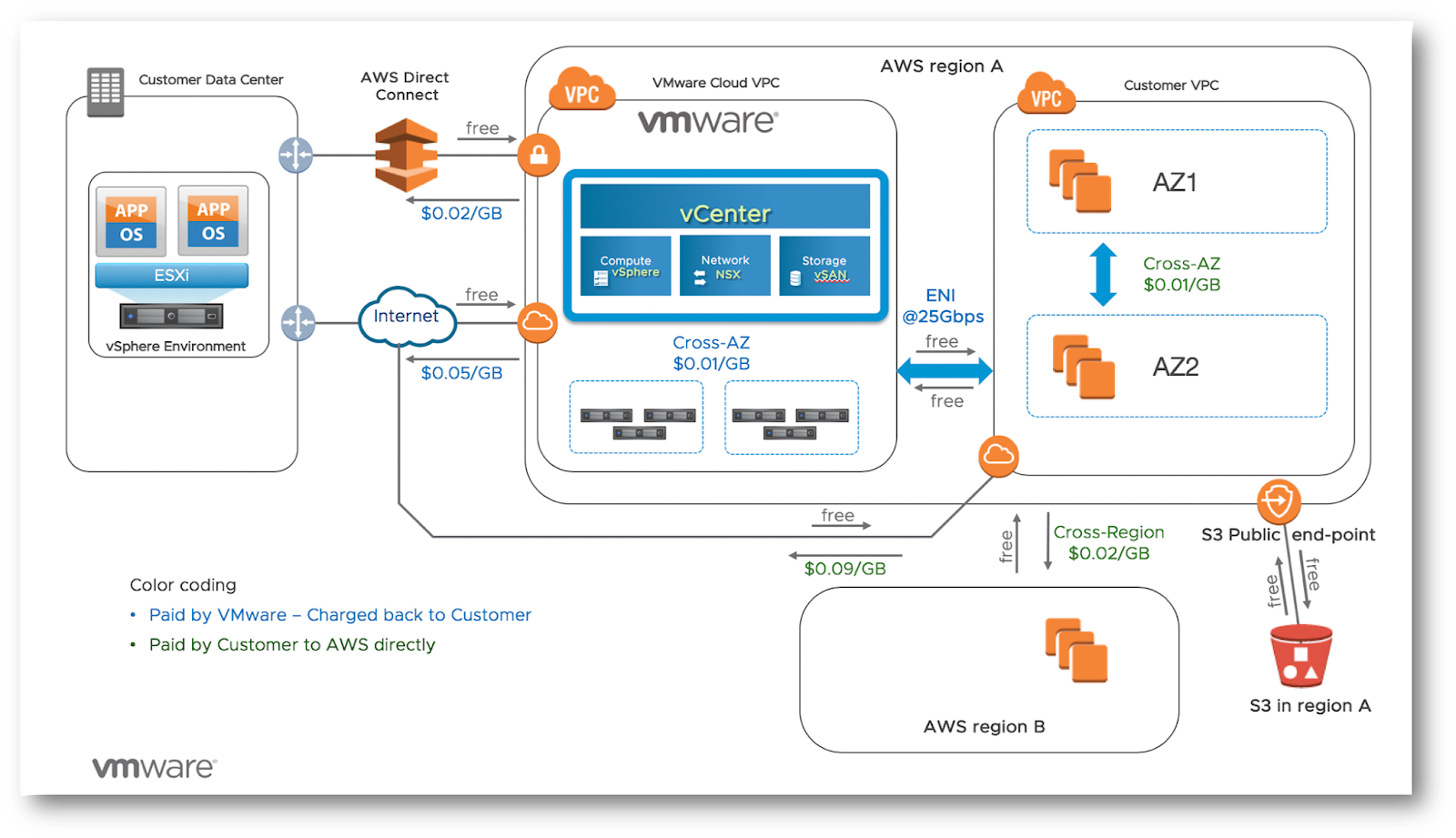 With the success of VMware Cloud on AWS service, I often get asked by my Customers about the AWS Accounts Structure and Data Charges.
It is important to understand who owns what and how AWS charges will be seen.
Accounts StructureThe VMware Cloud SDDC account:This owned by VMware and the Customer SDDC will be deployed in that VPC. The cluster(s) nodes are EC2 bare-metal instances deployed in that VPC and belong to VMware. This is paid to AWS by VMware directly but this is dedicated to the Customer. VMware has a different account per customer and the resources deployed are not shared.
The Egress charges are also negotiated and a bit lower than regular egress charges. The AWS Customer Account:This is owned by the Customer and will be linked to the VMware account. AWS resources in that account are paid directly by the Customer to AWS. There is a private connection to the VMware Cloud SDDC on the Networking side at 25Gbps to give Virtual …
Read more

Deploy VMware Cloud on AWS Route Based VPN with API 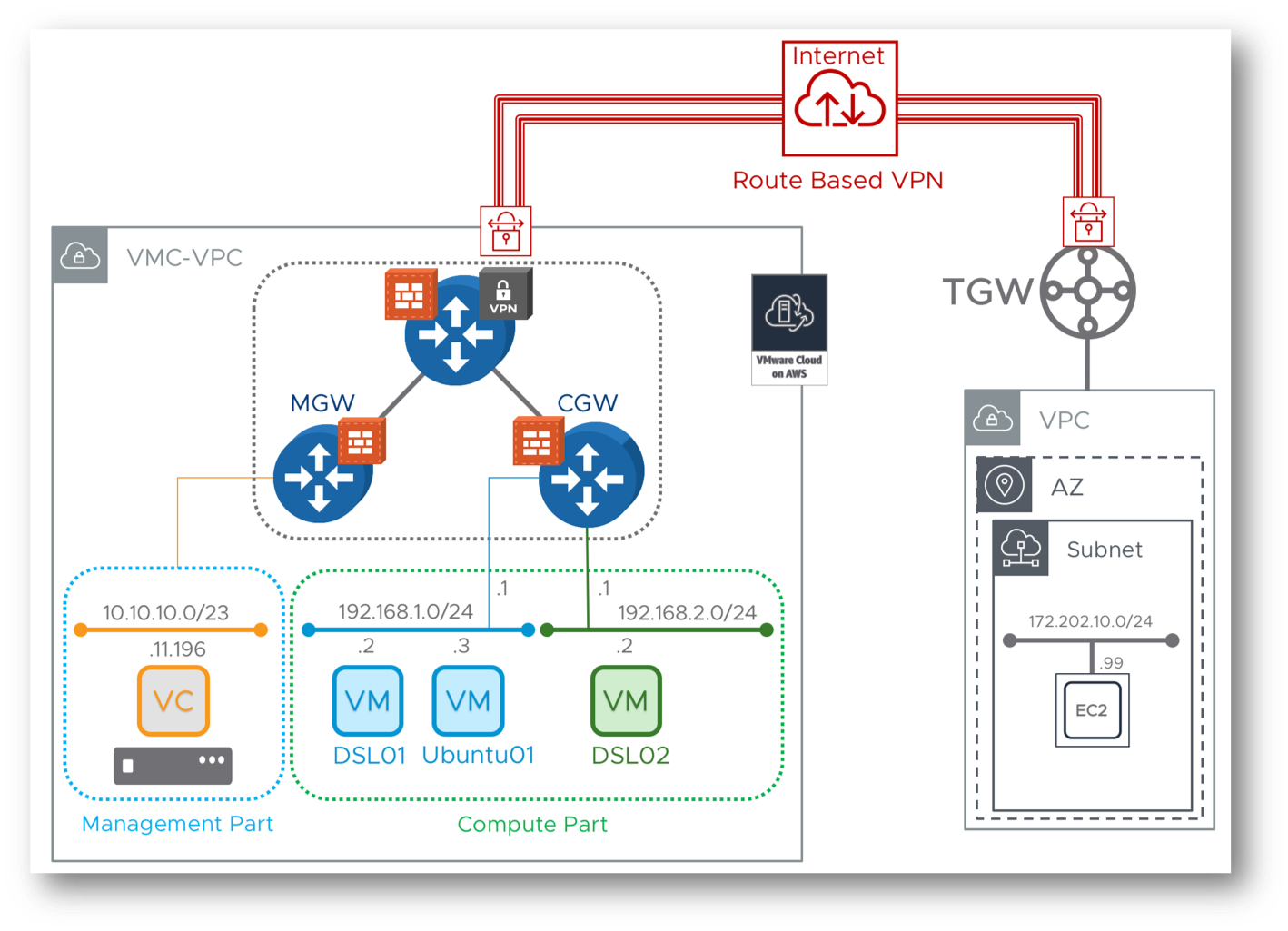 Gilles Chekroun
Lead VMware Cloud on AWS Specialist
---
Following my articles on AWS Transit Gateway here and here, I found it quite complex to setup the VPN connection and the 2 tunnels from TGW VPN attachment to VMC route based VPN using the GUI.

AWS VPN Naming and VMC VPN relationshipWhen creating the AWS TGW VPN attachment, AWS gives the possibility to "download configuration file"
AWS - VMC relationship: Once this is clear, it's time to map these parameters to our API Calls.
Five API calls For properly setting a Route Based VPN to AWS TGW we need 5 API calls:
Get the NSX-T Proxy URLGet the SDDC Public IPSet Local AS NumberSet BGP Neighbour IDSet VPN TunnelsBefore we can do any API calls into VMC we need a few parameter like "Refresh-Token", "Org-ID", "SDDC-ID". Refer to my earlier post here on how to get them.
Get NSX-T Proxy URLThis API call will get "Org-ID, SDDC-ID and Session-Token" and will return the NSX-T Proxy URL you need in t…
Read more